7 iPhone 6 Rumors We Wish Are True

Samsung Galaxy S5 was being touted by Android smartphone enthusiasts as the most anticipated Android phone of the year, but now that it’s been unveiled, the focus has shifted to the iPhone 6. Hardcore Apple fans, mobile tech mavens and the man on the street are eagerly waiting for Apple to come up with an extraordinary phone, something that takes away some of the underlying disappointment that Apple’s massive fan club had with the iPhone 5S and 5C. 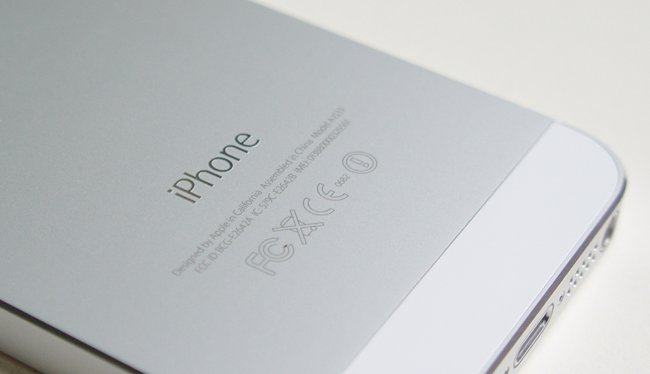 While it’s not clear (it never is), when, if at all, Apple plans to launch the iPhone 6 this year, rumors about its features abound. Some are the stuff fairytales are made of, while there are others that are quite believable and make sense. On the other side of the coin, see what the Pros and Cons of iPhone 5s are.

Every year, Apple and iPhone fans have this wish list that they want the Cupertino based tech giant to fulfill and if truth be told, Apple has delivered the goods more often than not. But then again, there have been disappointments and that too big ones. But that doesn’t stop us from wanting some iPhone 6 rumors to be fulfilled this year.

Let’s take a look at some of them:

1. The iPhone 6 will be released this year

Most industry experts are betting on the launch of a new and improved iPhone this year but when, is the real question? So what is the likeliest month for the launch of iPhone 6? September looks the most likely month as rumors suggest the release of the iOS 8 in June at the WWDC and there are indications that it will launch a tablet that takes on the likes of the Galaxy Note 3 especially for the Asian markets, at this event. So, it is unlikely that it will unveil the iPhone 6 then, so September seems to be the month which will witness the release of iPhone 6, loaded with iOS8. Also, most iPhones have been launched at special event in September, so my bets are on September.

2. Apple Will Be Able to Meet its iPhone 6 Demand (Read: I don’t want to wait endlessly for my next generation iPhone)

Here’s a Yahoo, news story that will have you jumping with joy. Apple’s ordering 90 million iPhone 6 to meet expected demand. Yes, you heard that right, 90 million. Remember, the time when the 5S was launched and Apple was unable to keep up with the demand? Well, your prayers seem to have been answered and iPhone fans, who want to get their hands on the latest model pronto, will be able to do so this time round. Fingers crossed!

This one could arguably be rated as the most common rumor that surrounds the launch of a new iPhone. But Apple’s usually disappointed when it comes to offering iPhone users a device with a bigger screen. Will it come good this time round? Considering what Tim Cooks thinks about larger screens on iPhones, let’s not get our hopes up! But, the iPhone will lose a few fans if its display doesn’t go beyond 4.7 inches, this time round. Also, it will be difficult for Apple to justify to its fans, why it is found wanting as far as the screen size is concerned.

But wait, here’s a rumor to make your mouth water. Think expandable no frame screens where a foldable OLED screen can be extended to a full HD screen that measures 7.2 inches. Dreaming about it already? Well, keep dreaming till September because that’s another ‘display rumor’ doing the rounds. So let’s wait till the new phone’s launched to see whether you’ll enjoy a “big screen experience” or lament the fact that Apple still hasn’t upped the ante on the iPhone’s screen size.

I’ll be happy as long as the iPhone offers me a 5.5 inch screen size.

This is one rumor that has a realistic chance of coming true because back in 2012, Apple bought a fingerprint detection company called AuthenTec. Yes, you might find it underneath the home button on the new iPhone and yes, it’s something that Samsung is supposed to be researching on and planning to adopt on its smartphones as well. So, will this technology revolutionize the way we use smartphone? Of course it will, but to see how that happens, let’s just wait for the technology to appear on our smartphones, especially the iPhone 6.

Why don’t you read up more on new mobile phone technology that we love.

5. New iPhone Features (Not Better Versions of the Same)

I don’t know why even hardcore iPhone enthusiasts always expect Apple to come up with better features than before. Feature for feature even an older version of the iPhone can match some of the latest smartphones available on the market. But hey, that’s why the iPhone is the iPhone right; it’s exceptional because its fans hold it to really high standards and expect it to deliver every single time.

So, we are doing the same thing again, and if rumors are to be believed, the iPhone 6 will be powered by a hugely powerful processor (A8?), something that will help bring new features onboard like Touch ID and a slew of interesting camera and software features.

If this rumor comes true, it will put the iPhone far ahead of its competitors.

For long we’ve wanted a better battery in the iPhone and we might just get that with the iPhone 6. We want Apple to increase battery size with rapid charging capabilities. Hopefully Apple will deliver on the same, and like it sometimes does, go one up over expectations; rumors abound that your iPhone 6 can be charged on the go, because it will sport embedded solar cell channels.
I would love a solar power charged iPhone 6, but I’ll be happy with a better battery along the lines of the better Android phones on the market.

Nothing to explain here! While I am not sure how many of the predictions listed here will come true, I am reasonably sure that Apple will call its new iPhone the iPhone 6.
I am sure you will join me in hoping most of the rumors mentioned here come true. Let’s pray that happens and see whether our prayers are answered when Apple finally unveils the iPhone 6.

Author Bio: Jeff Davis is living in California and currently associated with Quick Laptop Cash – A place for selling a laptop online. He has been in this field for the last 6 years and is responsible for troubleshooting issues. Interact to discuss projects, technology solutions.

One thought on “7 iPhone 6 Rumors We Wish Are True”

Ya great news of the Iphone. I was just waiting on to see more Features of Iphone 6. If you have idea to sell old one and buy new one. Then here is a way to sell old one’s visit http://www.sellalaptop.com