Samsung Galaxy S5: Will it be Worth the Wait?

Samsung has got into this habit of setting the bar higher with each of its offerings. So much so that making out what’s going to be up next has become a sport in itself with Android and Samsung lovers all over the world.

To their credit, they have been producing fantastic phones, packing in a truckload of features into all of them, and churning newer models out with a disconcerting frequency. Whoever’s running Samsung, they certainly don’t believe in taking it easy! 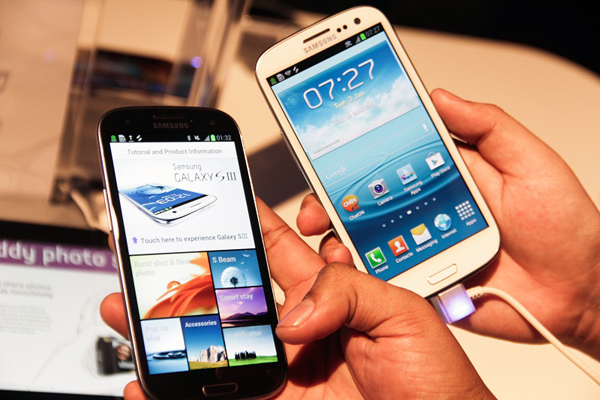 The Galaxy series is a hit. And the S4 has upped the game considerably. It was the best of the Galaxy devices when it was launched at the start of this year, with a silky smooth interface and specs to die for. It has already sold 40 million units and the year is officially not over yet! The S3 launched last year was a similar success and the S5 is now expected to hit the market in January 2014. So what follows?

Nobody knows for sure, though some of the benchmarks have appeared online. Not surprisingly, the techie space is going mad with speculation.

So I’ve decided to jump in too, what with my considerable knowledge and love of tech, to give my two cents.

So ladies and gentlemen, here’s my honest take on the matter.

S5 will be the costliest yet

The Samsung Galaxy S5 will cost more than any other Samsung phone in the market right now. Yeah, don’t expect Samsung devices to get cheaper any time soon. They are all the craze and have been so for a while. As long as Samsung can get millions around the world excited about its devices, it will keep charging a bomb for them. And why not, seeing as people are more than willing to pay so much for a smartphone!

The Samsung Galaxy S4, launched in January 2013, continues to be a favorite with the masses:

It will sport latest specs

While everything else is subject to speculation, this is the safest bet you can make.

The Galaxy S5 will have the latest Android version running on it – Kit Kat (Android 4.4). There are rumours that Samsung may fit its latest offering with the fastest processor out there – a 64-bit chip, a la iPhone 5s. If that is the case, the S5 won’t be running on Snapdragon 800 as it is a 32-bit chip processor, and the one that boosts Samsung’s latest in the Note series.

The Galaxy S5 is also rumored to be brighter than any of the Samsung devices yet, indeed among the brightest in the market. It is expected to boast a 5.5-inch screen, which makes it as big as the Galaxy Note 2, with a Quad HD display – which LG was the first of the phone makers to reveal in August this year.

If that indeed turns out to be the case, that would make the S5 a BIG phone, literally and figuratively.

Samsung will probably ditch the cheap plastic-y finish it has been so much derided for in the favor of… let’s just say, something better!

Probably not the faux leather finish of the Note 3, as that screams ‘Note’ with its notebook-like style body. Something new entirely. A new take on the old plastic, if nothing else. One report even refers to a diamond coating!

Well, that might be going a bit too far for something meant for mass production, but I reckon it’s a safe bet to say that the S5 will have something unique about it and won’t be a replica of the S4. Whether Samsung will make a clear departure from its Galaxy range of devices till now in terms of looks, remains to be seen.

It won’t be curvaceous

Not yet. The talk of a curved body for smartphones has been around for a while but apparently the feature isn’t quite ready to go into mass production for the Galaxy devices, as per reports citing industry sources.

Will it blow us away like the S4 did?

Probably yes, despite the fact that we have been blown away quite a bit by Samsung in the past few years. Samsung has got creepily big ambitions, which is (perhaps) good news for Samsung fans, though not so much for its competitors.

Samsung is known for packing its phones and tablets with loads of features and making them as user-friendly as possible. It is also known for outdoing itself with each installment of its phones, so with the S5 expect a very fine upgrade over the S4.

So now that we have looked at the matter from all angles, where do we stand? In case you’ve forgotten, the question was whether the S5 would be worth the wait?

The answer – yes. Ok, make that a resounding YES.

But it needs a bit of a qualifier. (Bummer, I know.) Worth the wait for whom? For somebody who appreciates the value of a top-notch smartphone and is still stuck with the Jurassic specs of the S3?

If you have recently bought the Note 3, I wouldn’t recommend you trade that phone for ANYTHING AT ALL in the whole wide world as yet. Unless you’re a millionaire who throws cash at gadgets for fun.

But regardless of whether we jump at the first opportunity to purchase the S5 or not, as tech lovers – particularly those of the Android persuasion — we can all appreciate a good piece of engineering when we see it. In that respect, the S5 will be totally worth the wait!

For more articles about Mobile and Smartphones – check out our archives!

Lori Wagoner is the Web Community Manager for Ink Colour, a prominent printing equipment retailer in the UK and authorised dealer of HP Ink Cartridges and other toner brands. Lori has blogged at Tweak Your Biz, Get Entrepreneurial and many other business and tech blogs. You can reach her @LoriDWagoner on Twitter.