Which Marketing Strategy Is Right for My Business?

It’s the perpetual question: Which marketing strategy is most effective? Decades ago, the people who asked it dealt with a smaller number of platforms. Magazine advertisements, television spots and catalogs were among the most common.

Now, figuring out the proper strategy is even harder, because not only do those traditional marketing strategies still exist, but you could take a digital approach to promoting your product or service. Then, the list of possibilities grows to include personalized emails, social media campaigns, YouTube videos and online banner advertisements, among others.

Let’s take a look at some specific types of marketing strategies used recently, plus factors that might make similar approaches right for your needs. As you’ll soon see, some brands opted to combine traditional and digital strategies into single campaigns.

Colonel Sanders has long been the familiar face of KFC, and the fried chicken fast food chain hired several famous actors to serve as “celebrity colonels.” Jim Gaffigan and Rob Riggle have both fulfilled the role, and Billy Zane is the latest person to step in for the brand.

Zane, an actor known for playing rich characters, is fittingly spreading the word about KFC’s Georgia Gold chicken. As you can see from the screenshot below, the brand flaunts Zane’s ritzy image: 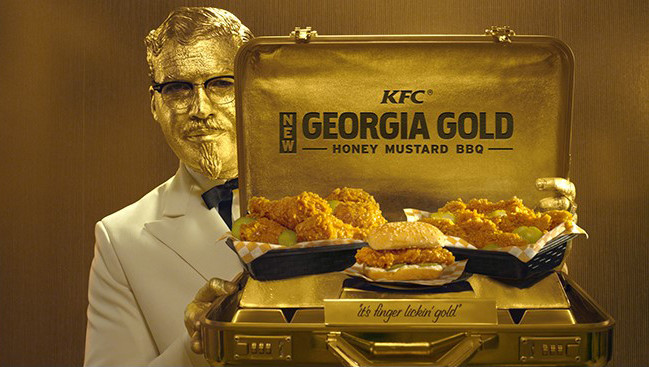 When KFC launched this campaign in 2015, many people were initially disgusted that the brand would revive its founder, especially since Colonel Sanders was a real person. However, now, about 80 percent of people are on board with the advertising strategy, according to the CEO of KFC’s parent company, Yum! Brands.

KFC launched the advertisements on YouTube first, then followed them closely with television advertisements. That paid off for the chain, which began seeing sales growth after showing off the celebrity colonels, reversing a long-term slump.

By broadcasting advertising through both television and YouTube, KFC effectively harnessed both traditional promotional means and digital ones.

Considering you probably couldn’t afford to hire celebrities for your own campaign, what can we learn from this case study? Two of the big reasons why KFC succeeded in this venture is because it hired one actor to promote a specific product, then made sure both TV viewers and internet users would see the advertising spots. Apply those principles to your own approach by keeping campaigns focused and broadening your reach as much as is practical.

When evaluating traditional versus digital marketing, it’ll soon be clear there are advantages and disadvantages for each. For example, some traditional marketing methods are better suited for older generations that prefer not to use the internet. However, it can be hard for marketing professionals to track their efforts, because people often can’t recall which method caused them to become interested in a brand.

Skyjet’s award-winning app got a meaningful upgrade last year after it allowed people to instantly book private jets. Previously, individuals could search for available planes and indicate their desire to complete bookings, but had to rely on a secondary company to finish the process.

Now, interested persons can book private jets in three steps, and if they complete the transaction through Apple Pay, everything’s done in less than a minute. Statistics indicate about 1,000 quote requests come through the app every week.

The company has spread the word about this new option on its website, and the initiative has been favorably reviewed by tech and marketing analysts. By offering private jet bookings directly through its app, Skyjet is doing something that should help its name become more known in the marketplace, plus make it easier for current and potential customers to get what they need.

When thinking about launching a mobile campaign, think about whether doing so would allow you to fulfill a customer need that couldn’t be catered to as well — or at all — through traditional means. Although Skyjet clients could book jets via telephone, the transactions almost certainly wouldn’t be done in less than a minute.

If you have the resources to put a billboard in a high-traffic area and can come up with a concept that has a memorable message, you might have found a traditional marketing technique that gets results. Billboards can also work well if your industry or product relates to the kind of people who are likely to see the advertisement. For example, a billboard about a sports drink is a good fit for a stadium or playing field.

Maltesers are malted milk ball candies that are very popular in the United Kingdom. Recently, the brand focused on diversity in advertising through a billboard that used model versions of its round chocolate candies to spell out a message in Braille. It appeared on a London bus shelter and said, “Caught a really fast bus once, turns out it was a fire engine.” 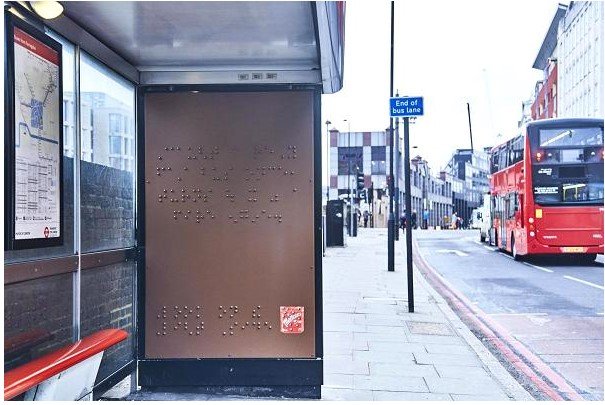 An audio message complemented the billboard and directed people to the Maltesers Facebook page, which features a translated version for people who don’t read Braille. Scope, a charity that works with disabled people, partnered with Maltesers on the ad. Scope says this initiative was part of its campaign to normalize disability.

This is an example of how some forms of traditional marketing, such as billboards, can still work well, especially when there’s a creative twist put on them. A smaller component that includes social media helps drive traffic to the Maltesers Facebook profile.

TigerFitness sells nutritional supplements through the internet and found a worthwhile marketing plan by combining engaging, knowledgeable content and video marketing. The brand has worked hard to assert itself as a thought leader in the fitness industry, and strives to offer high-quality content for customers to depend on.

Video content is especially important in the brand’s marketing strategy, and some of the product reviews it offers get up to 70,000 views per week. TigerFitness representatives also use videos to answer questions about workouts and eating well.

As you can see from the screenshot below, the collection of videos is substantial, and is mostly centered on instructional content. Also, some videos get thousands of views after being up for less than a day.

TigerFitness takes a customer-centric approach to advertising. It also focuses on customer service. Both of these are worthwhile things to think about in your own efforts.

Putting What You’ve Learned to Use

It’s probably clear by now that there’s no universal answer about which marketing strategy your business should use. The case studies above represent numerous carefully considered approaches, and two combine digital and traditional marketing efforts.

Before finalizing your decision about which marketing strategy or strategies to go with, it’s important to have a deep understanding of your target market that includes information about their lifestyles. If you find your main demographic doesn’t use the internet frequently, it’s better to go with a traditional, direct-mail campaign than a plan that includes email.

No matter what, be patient. Some of the most ultimately effective campaigns took time to build momentum.