Android Kit Kat: Will it live up to expectations of Android lovers? 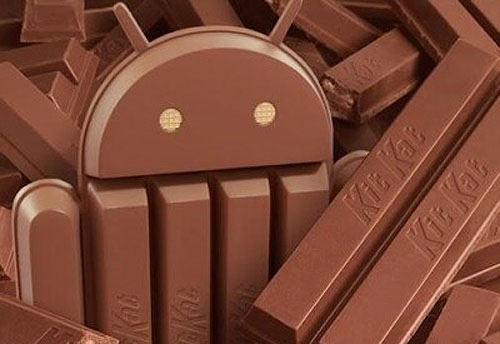 There is a lot of hullabaloo about Google’s next big OS upgrade which will be the Android 5.0 Kit Kat. But there is heavy speculation that Google will very likely time the new release with one of their own hardware products launch. Google recently released the new Nexus 7 2013 tablet together with the upgraded Jelly Bean 4.3 OS.

While there is no formal announcement from Google about the official release date, Android enthusiasts speculate the launch to be around October 2013. Interestingly, this expected release date also coincides with Android’s fifth birthday making many industry experts believe that Google will celebrate the date with the release of their next generation OS.

Here is what industry insiders have to say about Android Kit Kat’s features:

Yeah it is called Google Babble which aims at bringing together instant messaging, VoIP, and video calls. Besides one-on-one chat, it will support group chats and file sharing drawing on Google+ Messenger, Hangouts, Google Talk, and Google Voice. This could well be the headline feature of Android 5.0 and could possible give BBM and iMessage a tough run. Google Babble will possibly centralize all news feeds and notification and facilitate group conversations at advanced level.

Google might upgrade the framework of Android to the Linux 3.8 Kernel. But what implications will this have on the overall performance? This will make Android devices less of battery hogs. Devices will function seamlessly, improving battery life. We can expect Kit Kat to be a lot more smoother, quicker, and less power hungry.

Android Kit Kat is expected to provide a backup service similar on the lines of iPhone’s cloud backup service. Well, Android does allow to sync main features such as contacts and apps with a Gmail account but it lacks a native backup. Kit Kat will finally solve every Android owner’s dilemma about complete backup.

5) Improved widgets for the lock screen

Android 5.0 could provide widgets with more functions. This would allow for important information to be directly displayed or under view, without having to unlock device or swipe lock screen.

6) Multi-select in the contacts

Android Kit Kat will make your life simpler by checkbox system that allows you to scroll through names and creating a mailing list.

7) Don’t ask me to update, never ever

Android loyalists would not be asking a lot from Android Kit Kat if it allowed to manage updates manually. Let us hope Android 5.0 gives us the chance to give auto update a miss.

I think expectations from Android 5.0 are so high that we wouldn’t be asking for too much if we hoped for cross device SMS sync. It is rumored that Android 5.0 will allow us to keep track of SMS in phone memory in addition to sim.

Video chatting will be easier with Android 5.0 probably eliminating the need of downloading Skype.

You can now change your schedule before going to bed mobile such as turning data and sound off or activating airplane mode. Android 5.0 will automatically manage your profiles for optimum performance.

A lock facility that blocks confidential mails, messages and other section of devices from your kid or guest. You don’t have to fear about your privacy being at stake every time someone holds your device.

Live content synchronization feature would be Android lover’s delight. Just imagine starting to watch a movie on your tablet and continuing where you left off on your smartphone.

Android 5.0 will drift away from dark colors and adopt a brighter and inviting look giving users a break from the overwhelming black and blue variation.

There is no denying the fact that delay of Android Kit Kat could be due to the fact that Google’s software development has outpaced OEM producers. A deep analysis of the Android OS versions show multitude of active android devices still running on Gingerbread. If not even half of Android devices are currently running Jelly Bean, is Kit Kat a bit too soon for Android? A thought to ponder on maybe.

5 thoughts on “Android Kit Kat: Will it live up to expectations of Android lovers?”

I thought Key Lime Pie was thrown out the window and the official name for the next OS of android was going to be called KitKat….

I see that now: http://readwrite.com/2013/09/03/kit-kat-not-key-lime-pie-to-be-the-name-of-the-next-version-of-android . I will contact the author to add an update. Thanks for the heads up