Android L: The Features that will widen Google’s mobile horizon even more

Unveiled in June 2014, and scheduled for release at the end of this year, Android L is going to be next big “game changer” for Google mobile platform. The huge array of improvements not only addresses the shortfalls claimed by irritated Android users, but it will also offer an entirely different user experience with lots of new features and enhancements.

While we don’t have the formal list of features, we have managed to take these 10 items that is known to be included in this new operating system. Let’s look at each of them below:

Google has been particularly vocal about the new design aspect of their updated OS. To let Android evolve well beyond the so called device category, Google tried to consider all aspects of design in this new update. The new interface style – which is being called as “Material Design“, is made to deliver optimum flexibility incorporating different aspects including its look, functions and interaction with users. 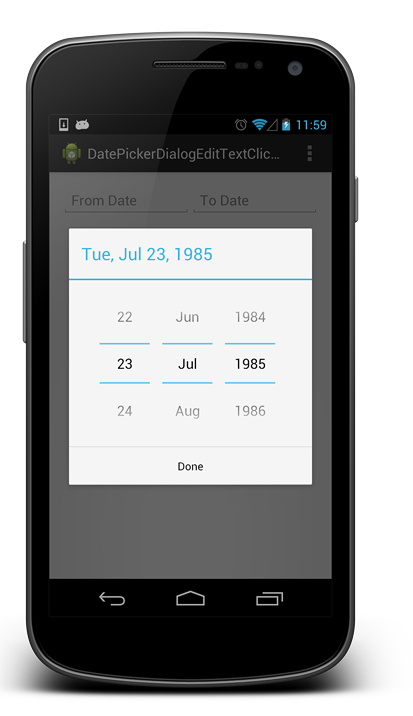 Now with this new operating platform developers can experience more flexibility to present their apps with diverse themes, colors and UI patterns. With the introduction of responsive UI patterns and wide array of theme elements it is more fun for developers to offer discreet charms of their brand while developing their apps.

As far as the visuals, you will notice the smallest details come in effect with the new Material Design. The shadows for instance, will be dependent on the order of the layers. For example, the layer that is closest to the viewer (also known as the “Z” property) will cast bigger shadows than the ones below it. This gives the interface a more “reality” effect on them. Another example is the animations. Subtle view state changes, and responsiveness such as “easing” is seen throughout. Touch feedback is big in Android L. Soon you will see that interacting with this new design is like playing with no other OS.

This new operating system update is particularly optimized to address the battery issues that pose constant problem for smartphone and tablet users. This is especially true to those who remain online for long hours and round the clock. Now developers of apps can view the battery use information of their apps thanks to a new feature called ‘Battery Historian’. Enabling development of apps while tracking battery use. Hence, considering all possibilities on how to minimize it.

Secondly, a new API called ‘Job Scheduler‘ inside it can help developers to set conditions so that the apps in certain conditions stops functioning in the background and thereby save battery power. Another important battery feature in Android L is that, now besides the percentage figure of your battery power left you can also know an estimated time of use.

When trying to set brightness on an Android phone, we generally encounter two types of fixations. When the device takes charge of ‘brightness’ in automatic mode, it can be felt low in certain low room light condition and high in certain conditions. Otherwise you always have the option of setting brightness yourself from time to time.

So there have always been some uncomfortable itches on this brightness issue. In new Android L you set the brightness once as per your comfort level and rest of the time the device adapts the brightness in different light conditions. This by far is a very intelligent feature for a smart phone.

A lot of APIs for developing camera apps gives Android L highest potential. Taking beautiful photos, editing on the fly, as well as geo-tagging have become a central priority – and Android L has opened up plenty of development opportunities for such. 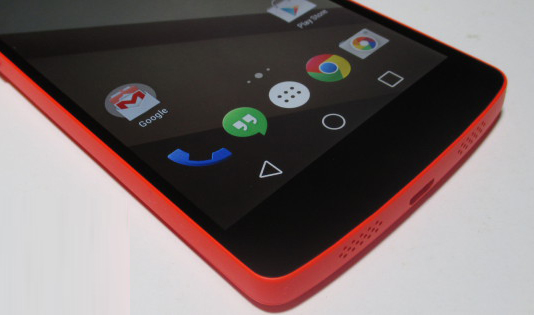 But when it comes to gaming, it is going to offer most advanced gaming experience with OpenGL ES 3.1. Such features like geometry related interactions, advanced indirect drawings, CPU intensive calculations will be brought into mobile. With Android L backing your device, you can expect similar experience of gaming as compared to advanced modern day consoles. The future is bright with games produced for this new OS.

You should also read “Are Phablets the future?”.

Android Runtime packed inside this new operating system will offer AOT (ahead of time) compilation, more efficient and faster debugging features, and faster garbage collection. Obviously this results in better and faster performance.

Android L will make it so much easier and simpler to use Android Beam. Android Beam is the technology behind data transfer via NFC (Near Field Communication). You can easily initiate Android Beam through the Share menu itself. Sharing files by tapping two devices together involves not more than a few seconds compared to how it is in the current system.

Android has always had a bit of an issue for stopping annoying notifications. True that you can fine tune the settings for a better experience, but it is somewhat of a nuisance to find. With Android L you gain far better control on this area.

You can now stop all notifications just in the ‘Quick Settings’ menu and thereafter in the Notifications toggle. Enabling ‘Do not disturb’ mode you can find peace from all the incoming notifications as long as you want. Moreover, by going to system settings of a particular app – an even better “turn off” for it’s own notification.

While in the last Android update, getting access to camera application by swiping on the left was included by Google. This time around, it’s access to the dialer. While on a lock screen, you can now easily swipe to access the dialer – which is an even convenient feature.

A straight switch from 32-bit to 64-bit is a big leap in the new Android L, especially from developer’s point of view. 64-bit support in new Android L is will assure a more performance driven and developer friendly application environment. For instance, apps that are written in Java can straightforwardly run on 64-bit architecture without requiring any changes. Moreover, Google has extended its support with a promise of releasing updated NDK with 64-bit support so that apps can find native codes.

In closing, Android L leaves so much promise which we hope they deliver soon. This newest update to their already advanced OS will become a huge game changer for future handheld devices. Now that the construct is defined, it is up to the developers to create awesome applications.

Consumers on the other hand, will end up winning. And with that in mind, let’s just wait for what’s in store for the near future.

For more articles on mobile technology, please check out our archives.

Tejas Jasani is a founder & CEO of The App Guruz, a leading Mobile App Development Company that have successfully crafted 500+ mobile apps and games till date.

3 thoughts on “Android L: The Features that will widen Google’s mobile horizon even more”

CPU extensive calculations can be introduced into cell.

mögel Excellent entry! It’s always nice when you can not only be informed, but also entertained!