Why people shoplift – it’s more complicated than you think

The widespread problem with shoplifting

It’s no secret that shoplifting is very common in America – according to statistics from the Shoplifters Alternative recovery organization, one in every eleven Americans is a compulsive shoplifter, which is a number confirmed by other researchers as well. The National Association for Shoplifting Prevention (NASP) reports that $13 billion worth of retail goods are stolen each year, which is an average of around $35 million per day. 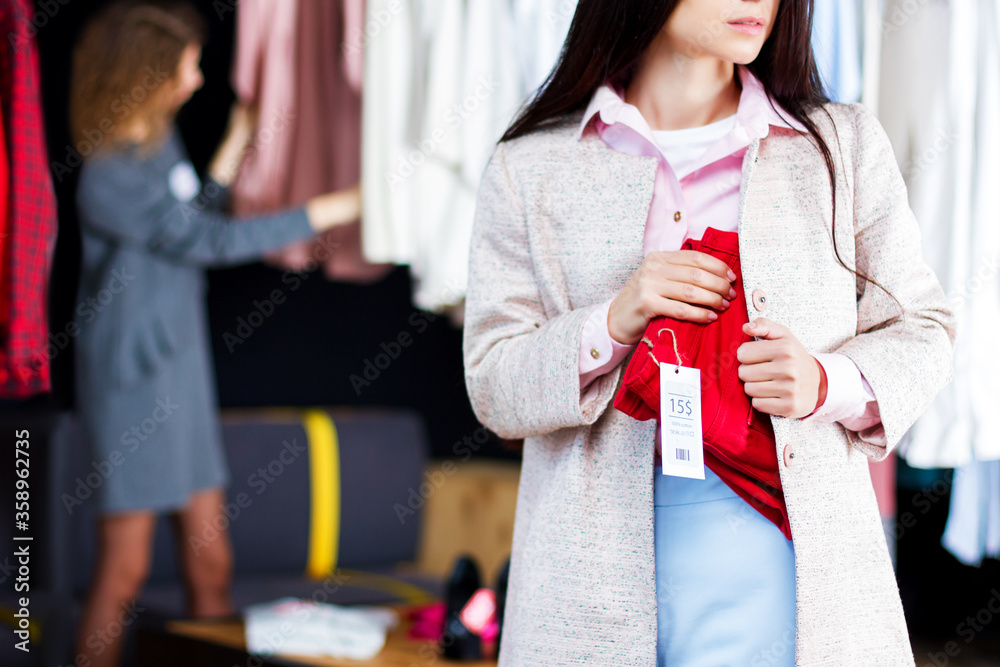 It stands to reason to attribute this problem to other widespread issues such as poverty, bad upbringing, unemployment, inequality, areas with high crime rates, and more. However, what’s going to surprise most people is that only 85 percent of compulsive shoplifters are people who actually do it due to a lackof resources, according to Shoplifters Alternative.

So, if this is such a common issue in America, but only about a sixth of the people committing shoplifting are doing it out of necessity, what could possibly be the root of the problem? Well, as is with most sociological problems, the answer is complicated and multi-layered. That said, if we were to give a summary of all the reasons why someone, who isn’t in desperate need, would still go out of their way to shoplift, we’d say it all boils down to people’s psychology and the emotional traumas they’ve been through at various points in their lives.

The psychology behind shoplifting

It’s temptingly easy to point a finger at people who shoplift and label them as common criminals without taking a second look at the issue at hand. However, just looking at the numbers shows that there’s something more going on beneath the surface. As we pointed out already, most people who shoplift don’t do it because they physically have no other choice, so what gives?

Well, if the need for stealing isn’t physical, then logic tells us it has something to do with people’s psyche. And indeed, as more and more studies are being done on the topic of shoplifting, it is becoming clear that we are looking at a widespread psychological problem present in a large portion of the populace. Psychologists refer to this problem as kleptomania, and while there are some distinctions between it and compulsive shoplifting, both are similar enough that we can refer to them as the same thing.

However, attributing the shoplifting problem to a psychological issue within the majority of people committing this crime doesn’t really explain why this issue exists in the first place. However, it helps us focus on the right questions, such as “How do compulsive shoplifters and kleptomaniacs think?”, “What psychological trauma causes people to become kleptomaniacs?”, and, most importantly, “What can we do to help rehabilitate those people?”.

The mind of a compulsive shoplifter

Let’s take a step back and look at what types of people shoplift. Here, we stumble across another surprising fact: it’s just as likely for well-off and successful people to shoplift, as it is for the poor and impoverished. Apparently, the need to steal something is often more psychological than physical.

In the subconscious mind of the shoplifter, the action of stealing lets them, in a way, get even with a life that’s been unfair to them. In most cases, the sense of unfairness stems from a deep-rooted trauma, which could (and often does) date back to childhood. Whether it is abusive or neglectful parents or an early-life of poverty and need, such traumatic experiences can leave a person feeling as if they are owed something even after they’ve made a life for themselves. Again, this is more of a subconscious issue rather than a conscious one, so logic and facts are often irrelevant when the trauma of the past reemerges and the person feels the irresistible urge to shoplift.

We mentioned how it’s easy to regard compulsive shoplifters as nothing but common thieves, yet the fact of the matter is that, more often than not, they are regular people, good people – ones with high moral and ethical values. This is also why many shoplifters are tormented by their unstoppable impulse to steal, feeling extreme shame and embarrassment from what they’ve done. Unfortunately, due to a lack of awareness relating to the root of the shoplifting problem, society looks down on compulsive shoplifters, reinforcing their shame, which, in turn, discourages them from seeking help. As you can see, this creates a negative feedback loop, further deepening the issue.

However, as is the case with pretty much every problem, the first step towards solving it is gaining a deep understanding of said problem. We already outlined the causes and main factors of the shoplifting problem, but what was mentioned here barely scratches the surface. In order to truly become a part of the solution, one needs to dig deeper. The good news is that you needn’t do this on your own. One of the best things about technology is the ability it gives us to connect and share information literally at the speed of light, which lets us learn and find ways to overcome the obstacles we face.

Case in point, if you or someone you know is affected by the compulsive shoplifting problem, you can find all the help you need on the Internet, without any shame, apprehension, or fear. There is an online theft awareness class you can take, that will aid you with better understanding the issue and give you the tools to tackle and overcome it, while also guaranteeing your anonymity and privacy.

Today’s society has conditioned us to keep our issues to ourselves and to never seek out help, but the truth is that help should be sought and there are people out there that will readily provide it. You just need to make the first step and ask to be helped.