Smartphone Innovations We Shall See By 2020

Five years from now, we shall witness a major shift in smartphone technology. The current smartphones we are using shall be outdated, and in fact smartphones may become obsolete with wearable devices replacing them in entirety.

We can attribute this trend to what smartphones were in the past five years compared to what they are at the present moment. For example, iPhone was first released in 2007 and was viewed as the best smartphone of that era, fast forwards to five years later, we can’t say the same thing.

The explosion of new smartphone technology is bound to change the look of smartphones in the coming years. We witnessed the rise of touchscreen technology, bendable phones, the rise of apps which will soon replace websites, the exit of the Blackberry smartphone among others.

Smartphones of today have various security features including fingerprint sensors and iris scanners required to unlock a smartphone. However, smartphone security is bound to become tougher in the years to come. Mobiles of the future could implement robust security features including detection voice tone, typing speed and style of gait. Such features will eliminate the need for passwords and PINs for good and thus by 2020, thieves will have no luck at utilizing your smartphone. 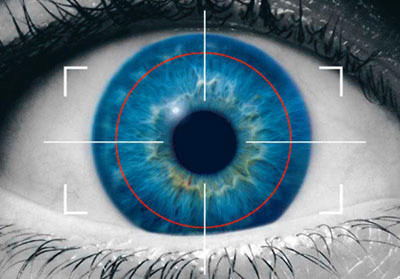 In addition to the above, we still crave for a more human touch to smartphones. For example, we would want smartphones to be able to detect our moods and give us advice accordingly since robots like Pepper are already doing that.

We already have Google now, Cortana and Siri dominating our home screens already and with the progression of this kind of software, we can only expect more such features at a much advanced level.

By 2020, we shall be able to witness the heavier use of Artificial intelligence on our smartphones overshadowing apps that appear on our home screens. Although we already have digital assistant apps today, we should expect them to be at a much advanced level than they are currently. For instance we may have our phones suggest apps of our choice to us in a much more coherent manner than they are already doing.

A spokesman for Samsung display told Business Korea that the industry has faith that commercialization of smartphones will possible in the years to come. This couldn’t be truer since Samsung has already begun the process of the manufacturing of bendable phones.

By 2020, we shall witness a surge of bendable, foldable, and shrinkable smartphones which shall be able to adapt to the user’s needs at any given time. For example, lack of pocket space for your phone should not be an issue anymore, simply roll it and tuck it into place.

On the same note, read this article about wearable technologies.

Battery life is still a major issue that needs to be addressed in the years to come. There is nothing more irritating than having to put your smartphone on charge every few hours. Tech companies are already looking into the matter and have introduced convenient solutions to curb this issue with the introduction of portable battery packs, using raw materials that use less power among others.

Another model being worked on to curb the issue of frequent battery recharge is wireless charging. Makers of the wireless charging models are looking to ensure that smartphones automatically get fully re-charged as soon as we stop using them, or perhaps also while in use.

Come 2020, we shall be able to witness super-fast data connections in addition to wireless and invisible charging.

The Gear VR, which is owned by Samsung and is similar to Oculus but a much more discounted rate, gives you a perception of what can happen when virtual reality is merged with smartphones.

The emergence of 3D screens on smartphones

Although Apple has already surprised us with retina display, which is the highest screen resolution available that can be perceived by the human eye, we still crave for something much bigger.

Several companies are shifting their focus on the manufacture of 3D smartphones. We can already see a few smartphones such as the Samsung AMOLED 3D in the market. However, there is more to 3D than we can perceive. We look forward to a projection system which will be able to showcase holograms through a smartphone.

Holographic projections will also have a great user interaction method where a user can control image dimensions by the use of a push, pull and swipe gesture of a hand.

How about 10 Design Concepts in Mobile UI?

Smartphones of the future will have features that we can only imagine as a separate device. We expect to see in- built projectors with Digital Light projection (DLP) which are able to project a decent size 50 inches at 15 lumens. By enabling in- built projectors in smartphones, users will be able to play games and watch movies flawlessly without having to go to cinemas or owning a costly smart television.

The above mentioned are just a few of the many smartphone innovations we shall see by 2020. It is exciting to know how we shall reach there and how the price of smartphones will change by that time.

However, with continuous research, we are on the route to steady and remarkable change. Additionally, with a lot of amazing features crammed into our smartphones, won’t we become totally dependent on them?

Which features do you anticipate in future smartphones? Let us know in the comments section.

Usman Hassan is a digital marketing psychopath, who is passionate about Inbound marketing, SEO, CRO, Email marketing and Ecommerce. He is a regular writer at Mobiwoz.com