Learning ASP.NET? Make sure to measure its landscape meticulously

So, you have tried the new stuff, the old stuff and the tried and true stuff. But irrespective of the results you got, one thing worth considering is that you have to keep innovating as well as banking on the things with proven benefits. ASP.NET provides a seamless mixture of both – it keeps coming up with upgrades that inject unique features, and at the same time, it stays true to the technology model that keeps proving its mettle out of time.

Developed in 2002,.NET has broken through new avenues and made a major impact in the technology verse. On this date, it is beyond than your average programming language. With inclusion of latest features, MVC being one of the most effective, .NET has emerged as the go-to platform for creating web applications that are ambitious and contain immersive features.

As a developer, keeping yourself abreast with this technology has moved from being ‘useful ‘to being ‘must’. If you have been working on some other platform from years, there is a growing urgency to branch out and explore ASP.NET. With greater advancements, it is posed for qualitative growth. If you are leaned towards quality and continual evolvement, you will find harmony with ASP.NET applications.

On a different note, we have great tutorials that will get you started with web development by writing your own code.

But when it comes to learning it, there are several likely instances where you will find yourself running into myth boxes and traps laid down by the cynics and folks with malicious intentions. On your end, all you need to make sure is that you don’t give in. Here are 2 stepping stones to learning ASP.NET:

Glide over the Immeasurable Misconceptions Propagated by Novices

Talking of a mythical overlay, it sure is enormous, and it sure is dense. It’s pretty easy to fall prey to all the misconceptions around this platform and choose wither the wrong way of developing your apps, or get discouraged and leave learning midway. The ASP.NET ambit isn’t spared by misconceptions either. There are many that believe that everything in .NET is an object. This one is a dangerous myth and can lead to many inaccuracies.

Some believe that makes changes in the code at real-time is easier since the changes will only be updated in a single virtual machine architecture. On the contrary, it affects all the processor architectures considerably. Certain novices will advise you to write you code in C# as it allegedly runs faster than the code written on VB.NET. the fact however is that when you have two programs with the same structure performing the same function, you won’t notice any difference in the speed at which they are executed, irrespective of whether you write them in C# or ASP.NET.

What to Pick Between C# and VB.NET?

Whilst there isn’t much to choose between C# and VB.NET in terms of the speed with which the code runs, but a majority of developers go for C#. The overall code structure in ASP.NET is comparatively simpler and it makes for a more clutter-free coding. Static classes can be found in C# as opposed to VB.NET. Also, in C#, the unsafe code can be used through the use certain blocks and keyword, unsafe. VB.NET also doesn’t contain the partial interfaces, which happens to be one of the more important features of C#.
Seek Help from the Vastly Available ASP.NET Literature. 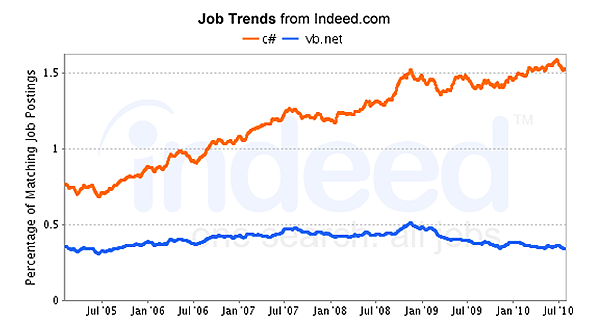 There are books in abundance on ASP.NET and its MVC concepts. You just have to pick the right ones from the market. Beginning ASP.NET 4 in C# and VB, for instance, introduces you to the elementary concepts. The subsequent chapters help you explore the more intricate concepts, the syntaxes and the overall code structure that varies from app to app. For a more advanced understanding, you can go for Professional ASP.NET 4 in C# and VB. The tutorial picks some perplexing concepts and weaves chapters which offer you a greater insight into the framework and its utilities.

Now that you have been breathing-in several concepts and breathing out several misconceptions, it’s about time you put them to some use now. Write few programs where you can include certain tools and extensions. Create an app that is a nod to your newly acquired bunch of skills and create a UI interface that looks appealing. If you intend to be a part of ASP.NET Development Company, the learning process has to be much more elaborate and in-depth. For novices, however, the beginnings illustrated above is more than adequate.

Be sure to check out future articles on ASP.net. So stay tuned!

Peter Peter is a prolific writer, who brings to the table a quantum of knowledge and creative writing skills. He works for Xicom Technologies, a market leader in the field of ASP.NET Development Services and Hire ASP.NET Developer from Xicom

One thought on “Learning ASP.NET? Make sure to measure its landscape meticulously”

Hello Peter, it was a pleasure to read your good article. Nice advice about starting to learn with ‘’Beginning ASP.NET 4 in C# and VB’’. I read this book at the very beginning of my career as a developer and it was my first guide in learning the art of coding.
Recommend to everyone!