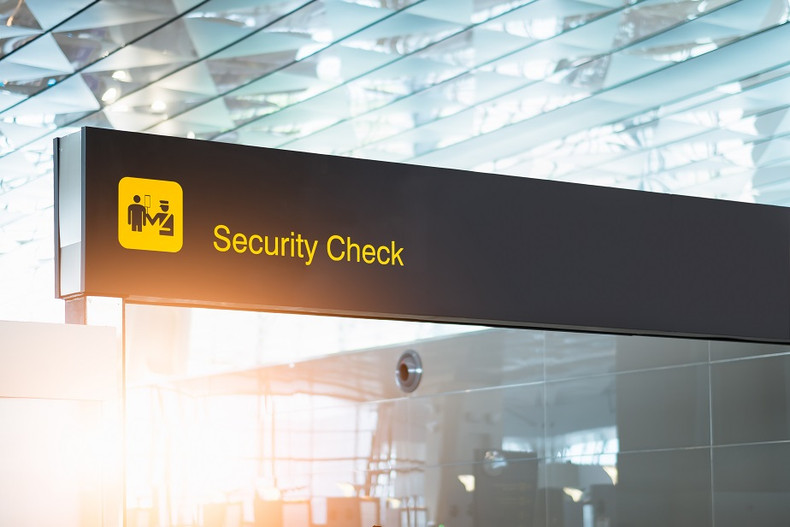 I’m betting more people in January and February fly with firearms than any other month of the year. Why? Well, SHOT Show  – the annual gun show – pops off in January. It’s the largest industry trade show in the world of firearms. Big Game hunting in North America also gets hot in late winter. Maybe you’re trekking out to Alaska or cross-country to take some trophies.

Flying with guns is a challenge that can seem intimidating, but it’s entirely legal and surprisingly easy to do. If you are not prohibited from owning a firearm, then you can legally fly with your firearms. You don’t need to be a police officer or Air Marshal to fly armed, and you can even bring all your ammo. Today we’re learning how to fly with guns safely, and legally.

The Legality of Flying with Guns

Contrary to what some frequent business traveler may have told you, flying with firearms is legal within the continental United States. When you fly internationally, things get much trickier so we’re not covering that today. Exporting and importing firearms is a task reserved for experts and lawyers.

No Carry-Ons, Ever! Lock it and Check it.

Not surprisingly, all firearms must be stowed as checked luggage when you fly. Try to walk through security with a carry-on firearm, and you might wind up in handcuffs. At the very least, you’ll miss your flight. Has it happened? Of course. Travelers have approached TSA with forgotten handguns left in luggage before. Forgetting, however, is no excuse.

To legally fly with a gun, it must be unloaded and locked in a hard-sided container. Hard-sided means metal or heavy-duty polymer. The average tactical locking case or AR15 case does the job best. These are gun cases that can take abuse. Soft cases made from nylon, leather, or fabric are not permitted. Locked cases that can be easily opened are not allowed, either. That means a gun backpack will not work. These bags often have semi-rigid locking compartments, but they can be cut or ripped and are not sufficient for air travel with firearms.

TSA guidelines don’t mention specific gun cases or locks when it comes to securing your guns for travel. TSA instead says you can use any brand or type of lock and hard-sided container to secure your firearm. That leaves a fair amount of room for interpretation, so use common sense. If your gun case can be pried open or the locks or lid can be broken easily, you need to upgrade to something tougher – like some of those tactical cases we mentioned above.

Accessing Your Firearms During Travel

First, never open your firearms while inside any airport, unless specifically requested by TSA or law enforcement inside the airport itself. You should be the only one who always retains the key or combination. No airport personnel of any kind should be able to open your gun case without you physically present – that means you should not use TSA-approved locks.

Ammunition can be stored in the same locked, hard-sided container if it’s below .75 caliber or the cartridges in question are shotgun shells. However, you cannot store loose ammunition. All ammo must be packaged in a container designed to store ammunition. The cardboard box the ammo came in is perfectly acceptable, in this case.

Ammo cannot be stored in magazines unless the magazine fully encloses the ammunition. I’m not sure of any magazines that do this without an additional accessory like the Magpul magazine dust covers. However, that still might be allowed. I’d advise using a separate, purpose-built container locked inside the hard-sided container to be safe.

Magazines must be boxed separately or included in the hard-sided, locked case. You cannot carry on any individual parts and pieces. This includes mags, firing pins, receivers, pistol grips, or any other gun parts.

The only firearm accessory you may carry onboard an aircraft is an optic. Glass reflex sights, holographic sights, and scopes are easier to break then firearm parts. We recommend removing optics from your checked gun case if you want to ensure they don’t suffer damage from rough handling by crew.

Arriving at The Airport with Firearms

The day’s arrived and you’re ready to travel. Your guns are locked and secured, and you’re ready to check in. What do you do? Easy: Once you arrive at the airport, approach law enforcement or TSA outside the terminal, and let them know you’re flying with a firearm. They will assist you with approaching the ticket counter inside, and they’ll instruct you on how to clear your firearm for checked luggage.You’ll need to approach your airline’s ticket counter and declare the firearm as a checked item. If carrying multiple firearms, you must declare each one.

Your Destination Matters Just as Much

Flying with firearms on a plane is entirely legal, but where you land matters. States with restrictive gun laws might have banned the weapon you are transporting from ownership in that state. States like California and New York are especially anti-gun and ban or directly prohibit commonly owned firearms, like AR-15s.

Accessories like magazines may also be banned in certain states. If you fly somewhere that prohibits these items, you might have a hard time flying home. Those states’ law enforcement agencies could even claim you are breaking the law. New York uses its Port Authority Police to arrest gun owners flying in and out of New York’s various airports, even if they’re merely attending a connecting flight. Federal traveler protection laws are meant to insulate travelers against this state’s legal overreach, but New York continues this practice all the same.

If you’re flying with firearms, it’s best to get a direct/nonstop flight to your destination to avoid these mid-transit legal risks.

Flying with firearms certainly seems intimidating. But once you’ve cleared your firearms and they’ve been checked, you’re free and clear to depart safely, and legally. As law-abiding gun owners, the last thing we want to do is break the law. But if you follow TSA guidelines and review departing and arriving state laws before traveling, you’ll find flying with guns is easy.