Artificial Connections: How Can You Tell If You’re Talking to a Bot Online? 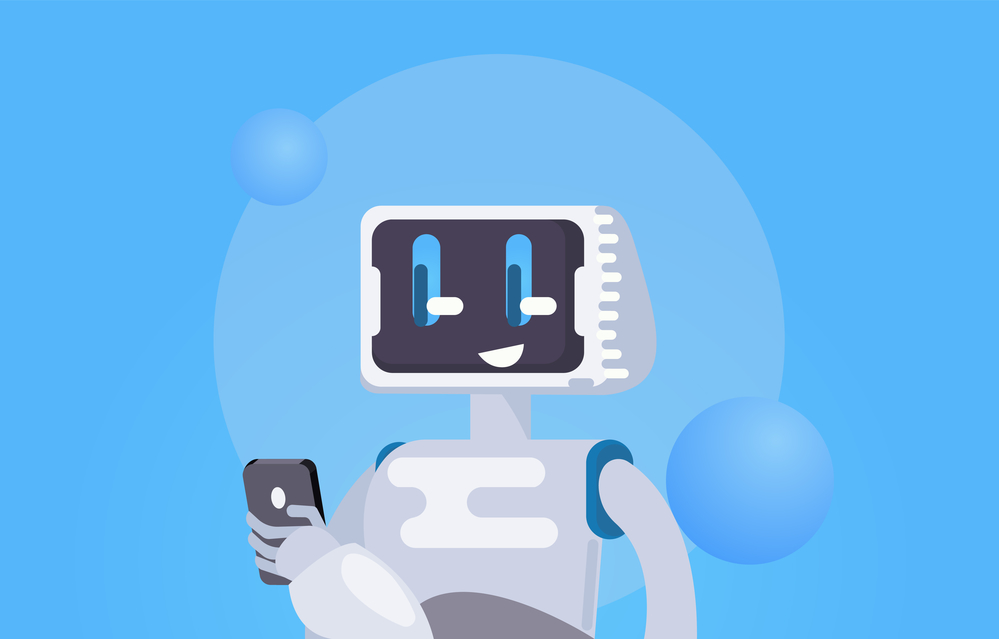 It’s 3am. You’ve been on Twitter for hours, arguing back and forth with a virtual stranger on a wide range of topics. You can’t seem to agree on anything, and at this point, you’re so deep in the conversation that the idea of turning off your laptop and going to bed is a distant fantasy. Suddenly, a disturbing thought crosses your mind—what if, this entire time, you’ve been arguing with a bot? Perhaps even one of those Russian bots that seem to be such a constant point of discussion on Fox and CNN? This situation is, sadly, all too common. However, there are a few things that might tip you off that the engaging conversation you’re having online is more artificial than you initially thought.

As you’ve probably surmised through your own experiences on the world wide web, bots tend to speak a little differently than humans. In fact, this is something that the artificial intelligence industry is still actively working on—writing more realistic dialogue scripts for bots is more difficult than you might think. One thing you’re going to want to look out for is repetition. Bots tend to have a hard time introducing variation into their interactions, and will often use the same phrases over and over again, especially if they aren’t understanding the query. Try to throw them a curveball or two—if you’re chatting with a user online about politics, suddenly switch the conversation to something totally different: “Are you into classic cars?” If there’s a human being on the other end, they will likely answer the question, albeit in a confused manner. A bot, on the other hand, will have a much harder time. Bots that have been designed to engage with users on specific topics generally have fairly limited scripts, a fact that will become immediately apparent if you change things up just a bit.

Another telltale sign you’re interacting with a bot can be identified if you take a cursory look at their profile. On social media, bot accounts usually have little in the way of a bio, profile picture, or links to personal sites. If there is a profile picture, it is generally taken from a stock photo service—this may be a little bit more difficult to detect, but if you’re already suspecting fishy behavior, a fake-looking picture will be enough to confirm your suspicions. You should also take a few minutes to scroll through their posts from the last few months. With a normal human user, you would expect a fairly regular rate of posts, most of which keep the same general perspective on key topics. If the user is posting at an unrealistic pace, and swaying radically back and forth on the spectrum of opinion, this might be a tip-off that they are not a corporeal being but, instead, just a chunk of data. Let me give a brief example to tie this all together: you have a follower that regularly engages with you, and you’ve started to wonder if they might actually be something less than human. Their location says one thing, but their posts come at all hours of the day and night in frenetic bursts. They don’t have a profile picture or bio, and while last month they were tweeting radical pro-monster truck ideas, they have now shifted to be vehemently anti-monster truck. In short, the details aren’t adding up. You’ve got a bot on your hands.

While this is all useful advice, I don’t intend to suggest that bots only exist on social media. Quite the opposite, in fact—every year, the chatbot industry continues to expand, and they now populate almost any corner of the internet that you can imagine. What you really want to know is whether that helpful conversation you had using the chat function on a retail website was actually with a human representative or a cold, calculating android. One thing you’re going to want to ask yourself is this: was that representative responding suspiciously quickly? By this I mean, were you asking complex questions and receiving answers in a much speedier fashion than seems reasonable? This might be a sign that you’re talking to a bot.

Another clear tipoff is if they start providing more information then you asked for, especially if it is presented in what seems to be a copy/pasted format. For instance, if you prompt the chat window on a clothing site with the question, “Do you guys carry size 32 pants?” and they respond with lightning quickness and an overly detailed answer that includes links to other parts of the site, you’re probably talking to an automation. There’s nothing wrong with bot interactions, and they can be quite helpful—however, it’s always good to know who (or what) you’re chatting with online.

Alright, let’s step back and collect our thoughts. We’ve covered how to spot a bot on social media, and how to know if you’re talking to a bot on a company’s website. That’s all fine and dandy, but I know which burning question you’re really here to have answered: how can I tell if the beguiling and mysterious stranger I’ve been conversing with on a dating app is real? Well, there are a few ways you can tell. Bots on dating services are generally designed with the end goal of getting something from you, whether it be your credit card information, your social security number, or a wide variety of other things that you don’t necessarily want to be handing out over the internet. Take note of whether or not the profile you’re interacting with is aggressive—do they seem to be asking too many personal questions? Do their profile pictures look staged, and potentially airbrushed? Do they keep sending you links to a third-party website with promises of a personal video chat session? I hate to be the bearer of bad news, but these are all signs that you’re talking to a line of code, and not your soulmate. Easy rule of thumb, for online interactions and for life in general: if it seems too good to be true, it probably is.

Now, the point of this article isn’t to drill home the point that all bots are bad. Bots are actually a great supplement to the traditional way of doing things online, especially when it comes to customer service. Hell, if you have time, I even suggest trying your hand at building your own. For all Luddites out there, I can tell you that artificial intelligence isn’t going anywhere. I would even stretch my authority so far as to say that artificial intelligence is the way of the future, especially when it comes to customer service, and you will likely see more and more of your favorite websites beginning to integrate chat functions. It’s a cheap and easy way to streamline communication—what’s not to love? If you’re having a nice conversation online, and you’re curious about who’s on the other side of the screen, try out some of the tips listed above to get to the bottom of this issue. Otherwise, relax and enjoy the convenience of automation.